This article describes the experimental results of measuring placement accuracy with three different label sensor technologies. The performance of any label sensor is based on the range of acceptable materials, speed and recording accuracy. Here we will rate each of these three parameters on a scale of 1 to 5.

The accuracy of the recording is determined by recording the sensor outputs and then comparing the output timing with known label edge locations. The test is performed using a specially designed machine with an encoder to track label positions.

The number of times the sensor output fell within 0.1mm error bands from the correct label edge position can be seen from the results. The results are then compiled by detecting 240 labels. Figure 1 illustrates the recording error versus the number of occurrences when measuring recording accuracy using ultrasonic sensors.

Optical sensors are operated by placing an infrared light source under the strip and a detector on the strip to measure the brightness of the light. The edge of the label can be detected by comparing the changes in opacity of the label with the liner between the labels.

Capacitive sensors are very fast and accurate at all speeds. They have a recording accuracy index of 5, a speed index of 5, and an acceptable materials index range of 3.

Differential capacitive sensors have a recording accuracy of 5, a speed of 5, and an acceptable material range of 3. They consist of two capacitive sensing elements that sense the thickness of the tape. The outputs of the sensing elements are subtracted from each other so that the sensor only produces an output when one sensor is over a label and the other is over a gap.

An advantage is that small changes in the distance between the sensing elements and the base plate, due to changes in temperature or vibrations, do not affect the sensor. However, differential sensors cannot be used if ink or metallic materials are used on the label or liner. Figures 4 and 5 show the graphs illustrating the performance of differential capacitive sensors at 70 m / min and 220 m / min.

Asymmetric capacitive sensors, however, consist of a single sensing element that measures the thickness of the web. The measurement is performed by adjusting the coating thickness below the trigger point of the sensor. When the label and liner thicknesses exceed the trigger point, the sensor is triggered. The recording accuracy rating of these sensors is 5, their speed rating is 5, and the acceptable material rating range is 4.

The apparent thickness of the metal labels submerges the sensor even at the level of space, rendering it unable to detect the space. Typical solid sheet labels will work with asymmetric capacitive sensors. However, it is necessary to maintain good control of the web against the backplate. Figures 6 and 7 show graphs illustrating the performance of single capacitive sensors at 70 m / min and 220 m / min.

Ultrasonic sensors use high frequency sound waves transmitted from a transducer below the web to a receiver above the web, to measure the thickness of the web. More sound energy passes through the tape at the gap than during the label. These sensors are not sensitive to metallic materials and they have the ability to detect labels of any material.

Ultrasonic sensors can detect a wide range of materials. However, they are less accurate than low speed capacitive sensors. The accuracy of the sensors is linked to the speed of the belt. The recording accuracy index of these sensors is 3, their speed index is 2, and the acceptable material index range is 5. Figures 8 and 9 show graphs illustrating the performance of ultrasonic sensors. at 70 m / min and 220 m / min.

Capacitive sensors are the most accurate sensors followed by optical sensors. Ultrasonic sensors are related to speed and their accuracy decreases with increasing speed. 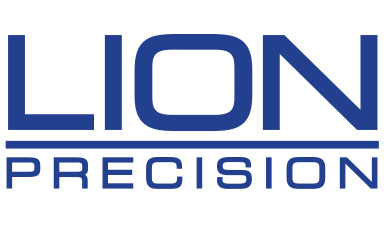 This information was obtained, reviewed and adapted from documents provided by Lion Precision.

For more information on this source, please visit Lion Precision.

Reports Globe announces one of the most detailed and in-depth research studies in the Global Automotive Sensor Technologies Market. Highlights the critical factors affecting the growth of the global automotive sensor technologies market on various fronts. The report can be used by market players to gain a solid understanding of the competitive landscape and strategies […]